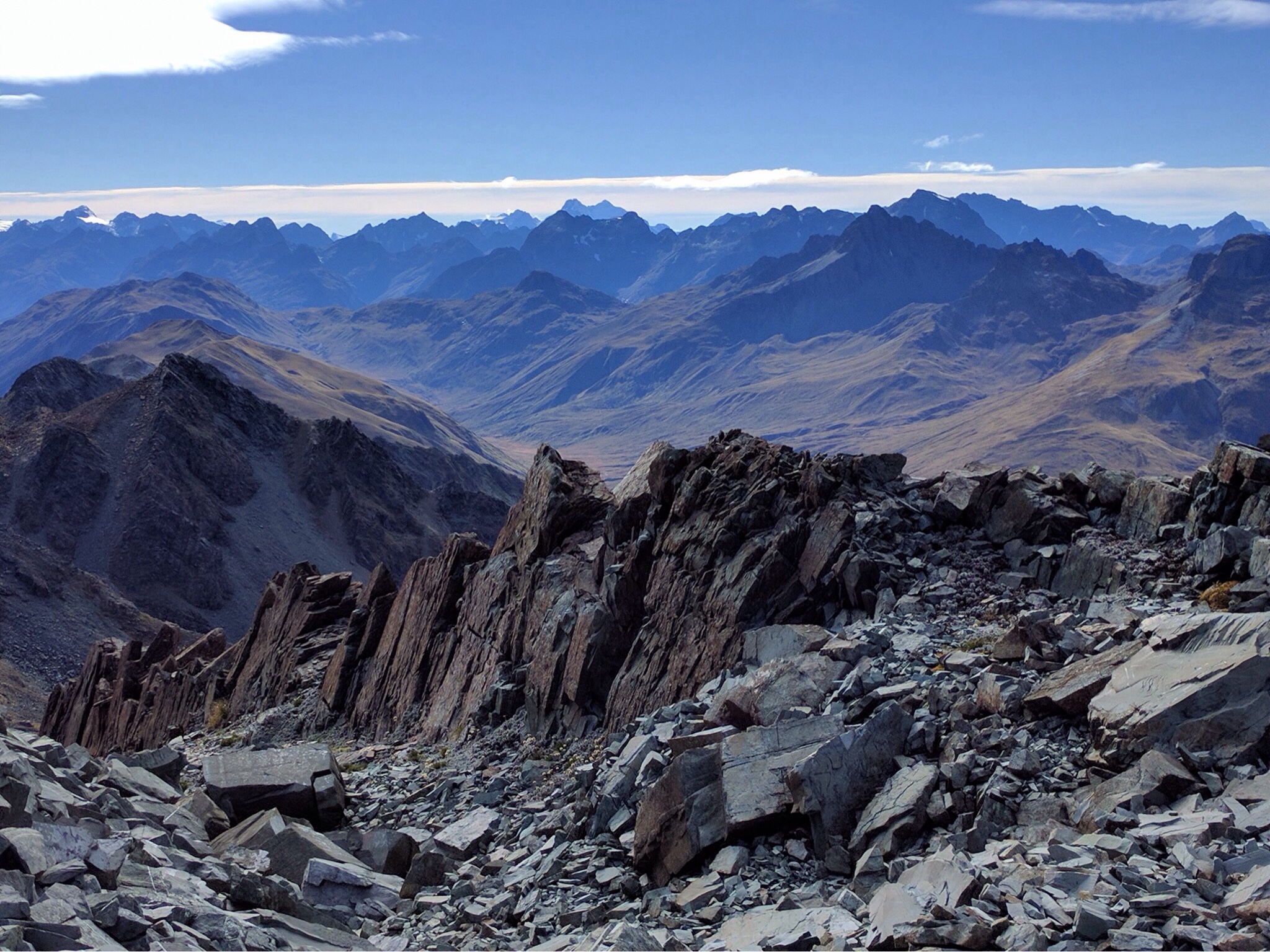 This lovely wildflower Haastia sinclairii is a relative of the vegetable sheep.

Lake Gunn in the upper Eglinton valley. The Milford Road goes along its eastern edge.

Rain has created some fascinating patterns in this scree slope. 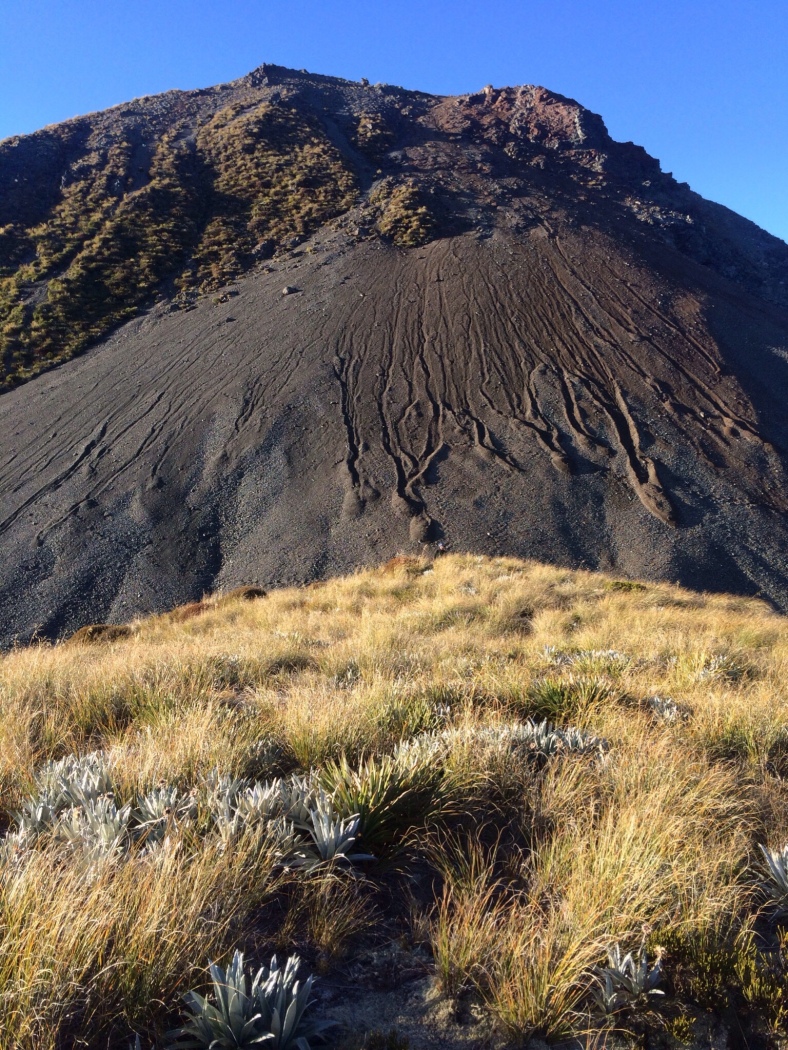 The tops are dotted with beautiful tarns. 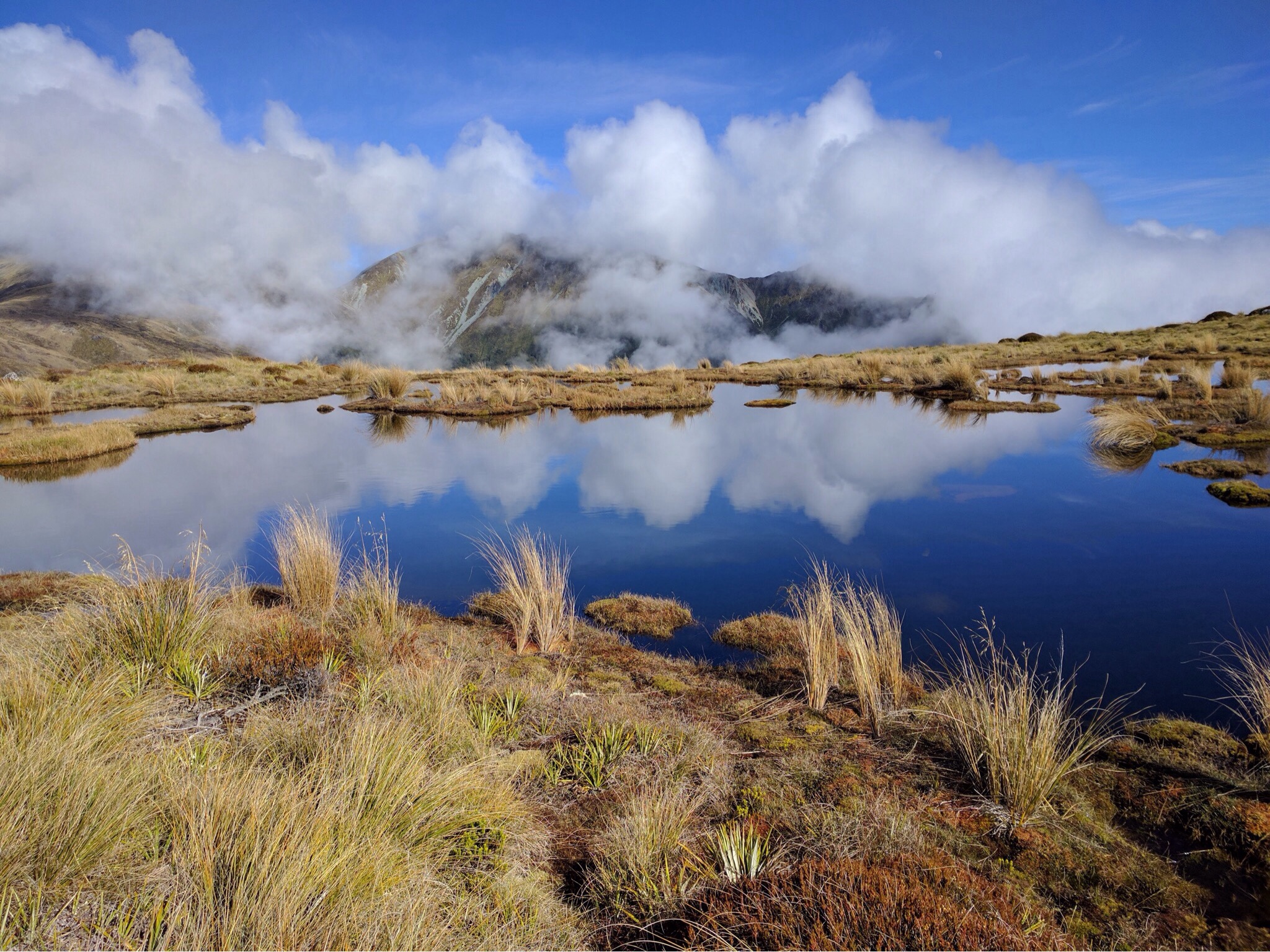 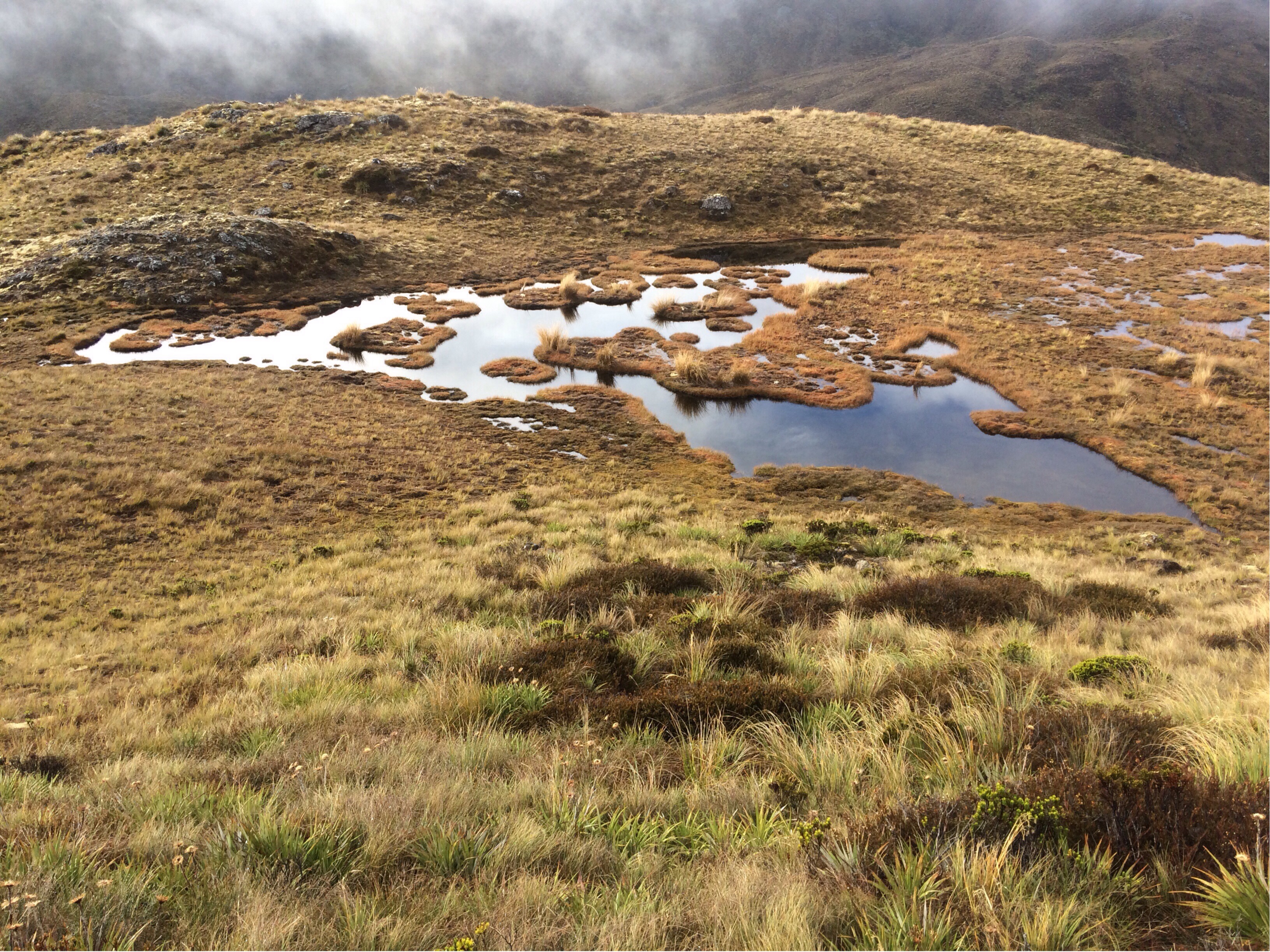 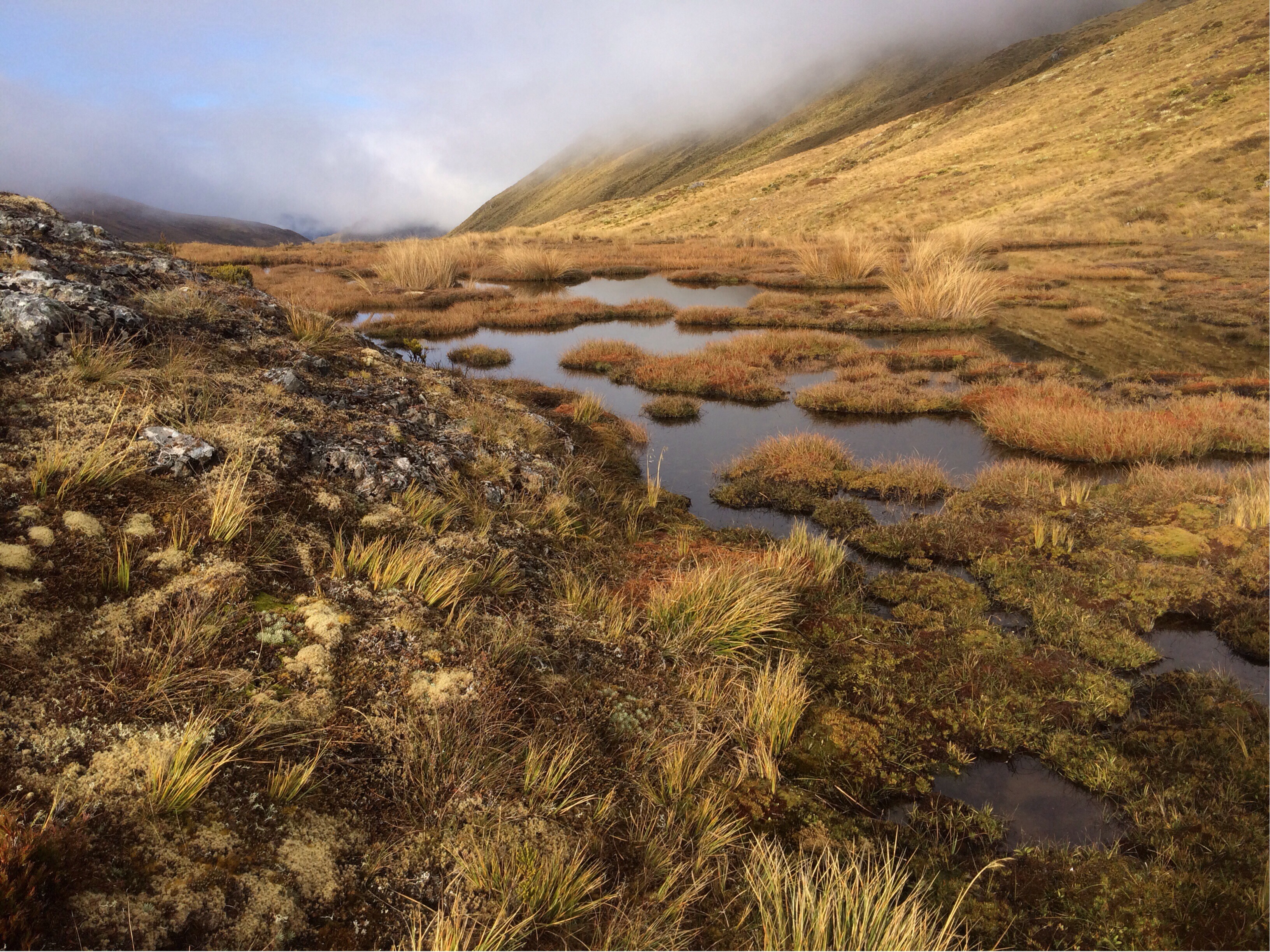 The range has some interesting fault-like geological structures, running north-south. 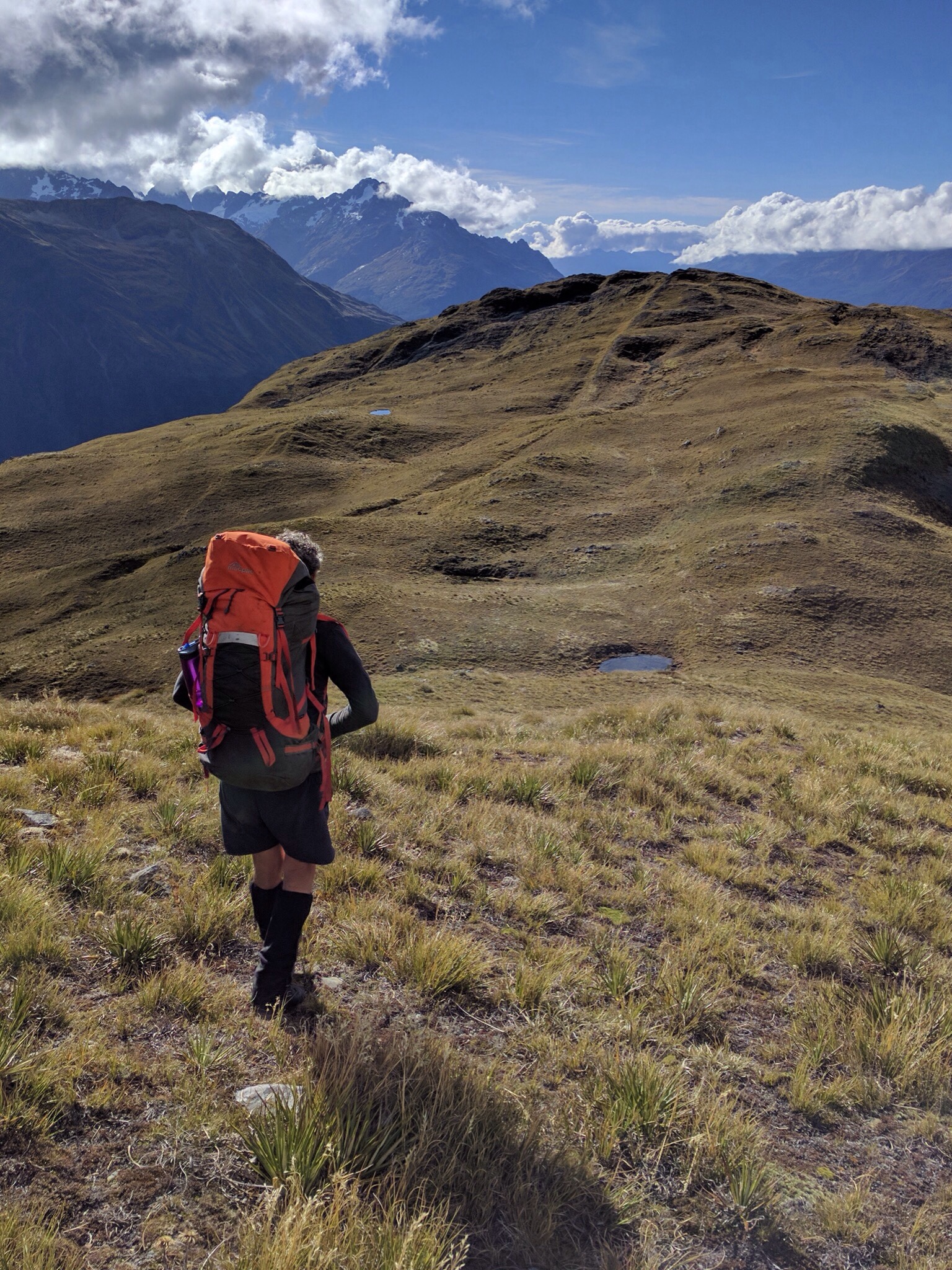 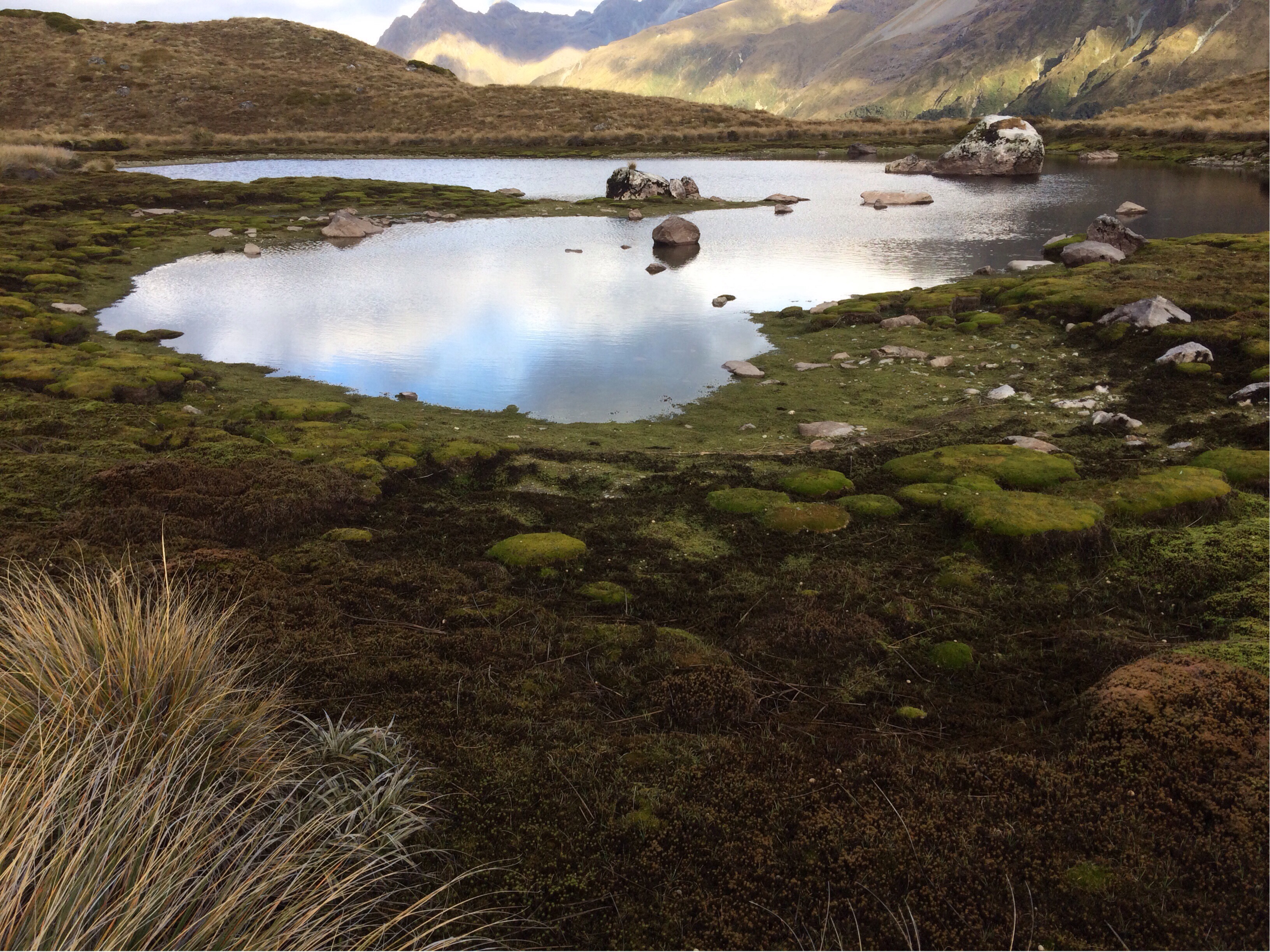