3 October 2017. We needed a “rest” break after an intensive week’s skiing with our old friend Ian Higginbottom, so we dropped in to stay a couple of nights in Mt Cook Village. The weather was a bit too sunny to slack however, so we decided to head up Mt Wakefield (2050m).

First task was to find a workable combination of boots and crampons.

Then coffee and muffins were required. So it was nearly midday by the time we started up the steep, rough track from the Hooker River bridge. 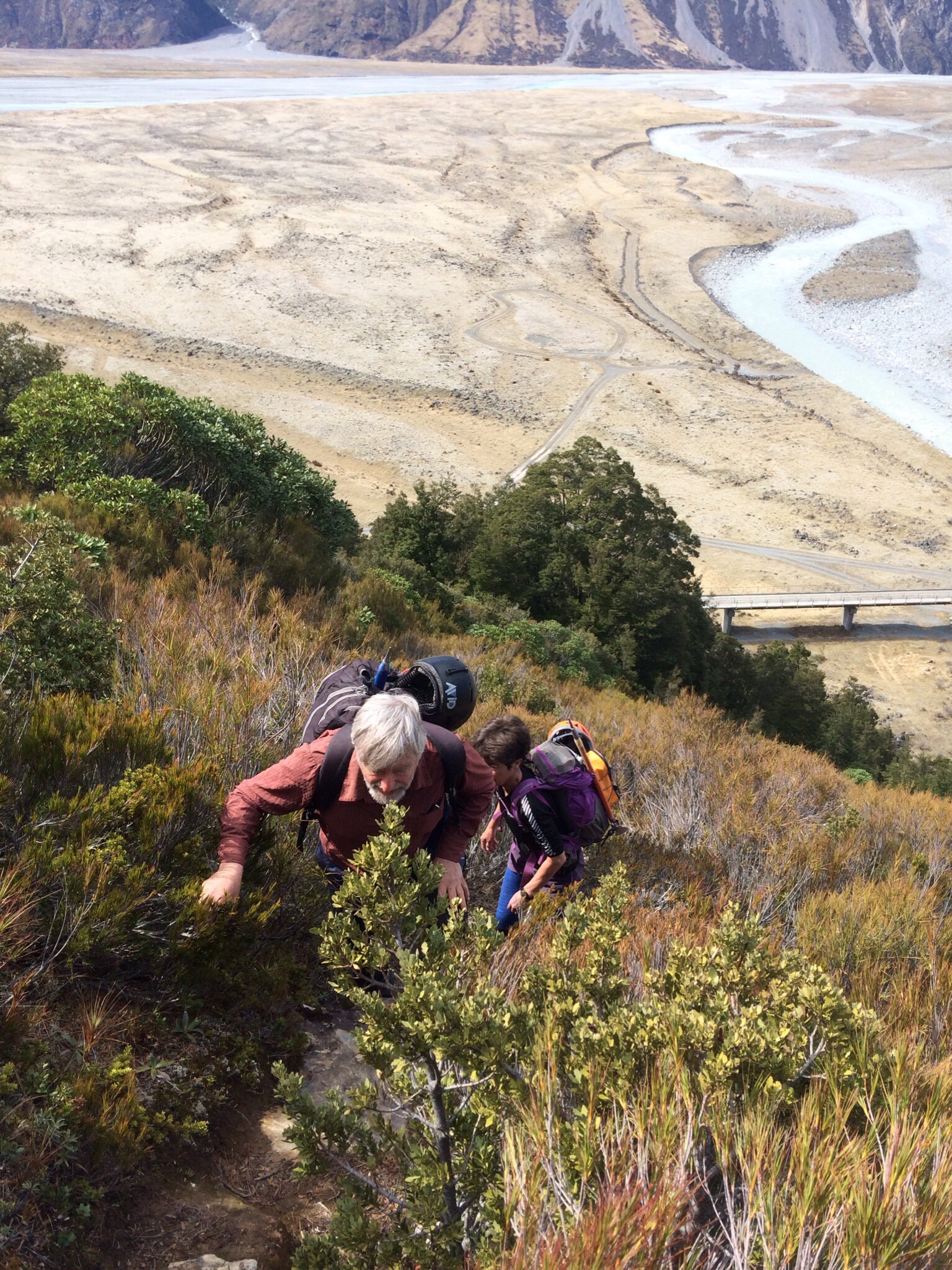 The views opened up as we climbed. Mt Sefton, with Mueller Lake in front to our left.

And Tasman Lake at the bottom of the Tasman Glacier on our right. The Maltebrun Range behind the head of the lake has special significance to Ian. He attempted to climb Mt Maltebrun in 1979, turning around after the weather became nasty. His retreat across the Tasman Glacier was truly scary. 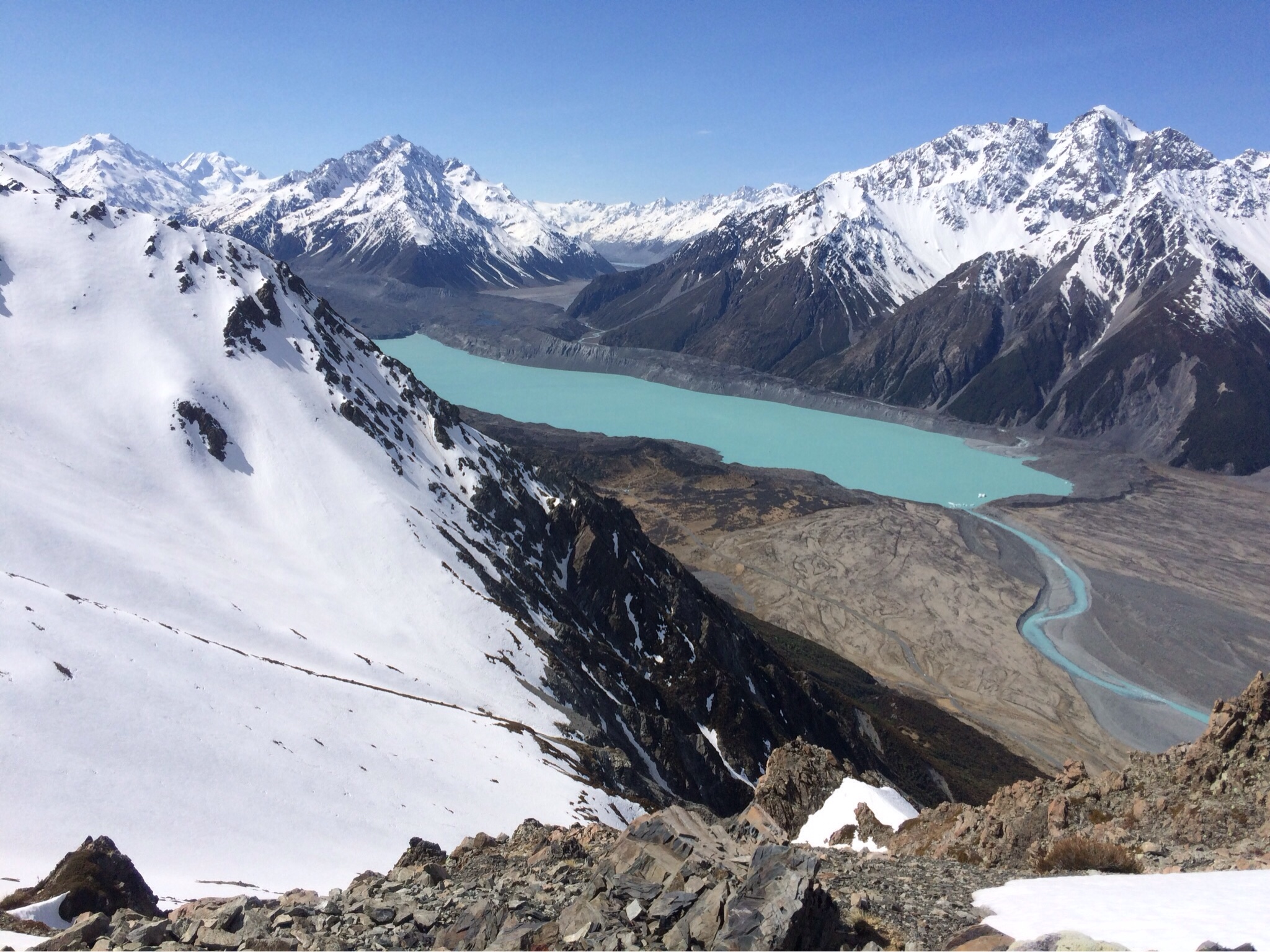 This is the first time back to the Mt Cook area since! No nasty weather this time, though the wind did get up through the afternoon. Warm temperatures meant the snow was soft – so our crampons weren’t necessary. 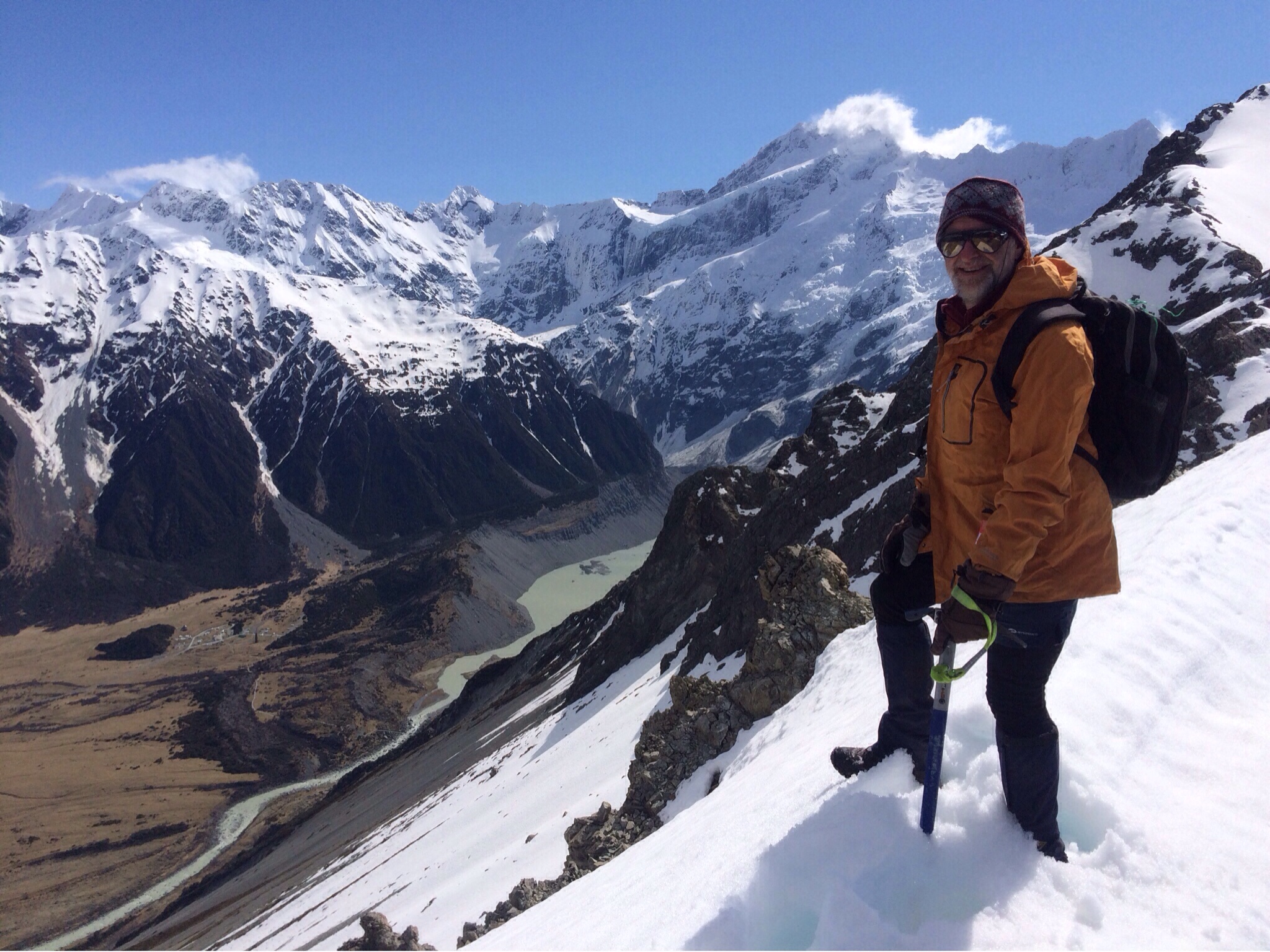 We can blame the skiing, the late start, the soft snow, or maybe we’re just getting old. But we ran out of oomph and time well short of the summit. No problem though – the views were still stunning. 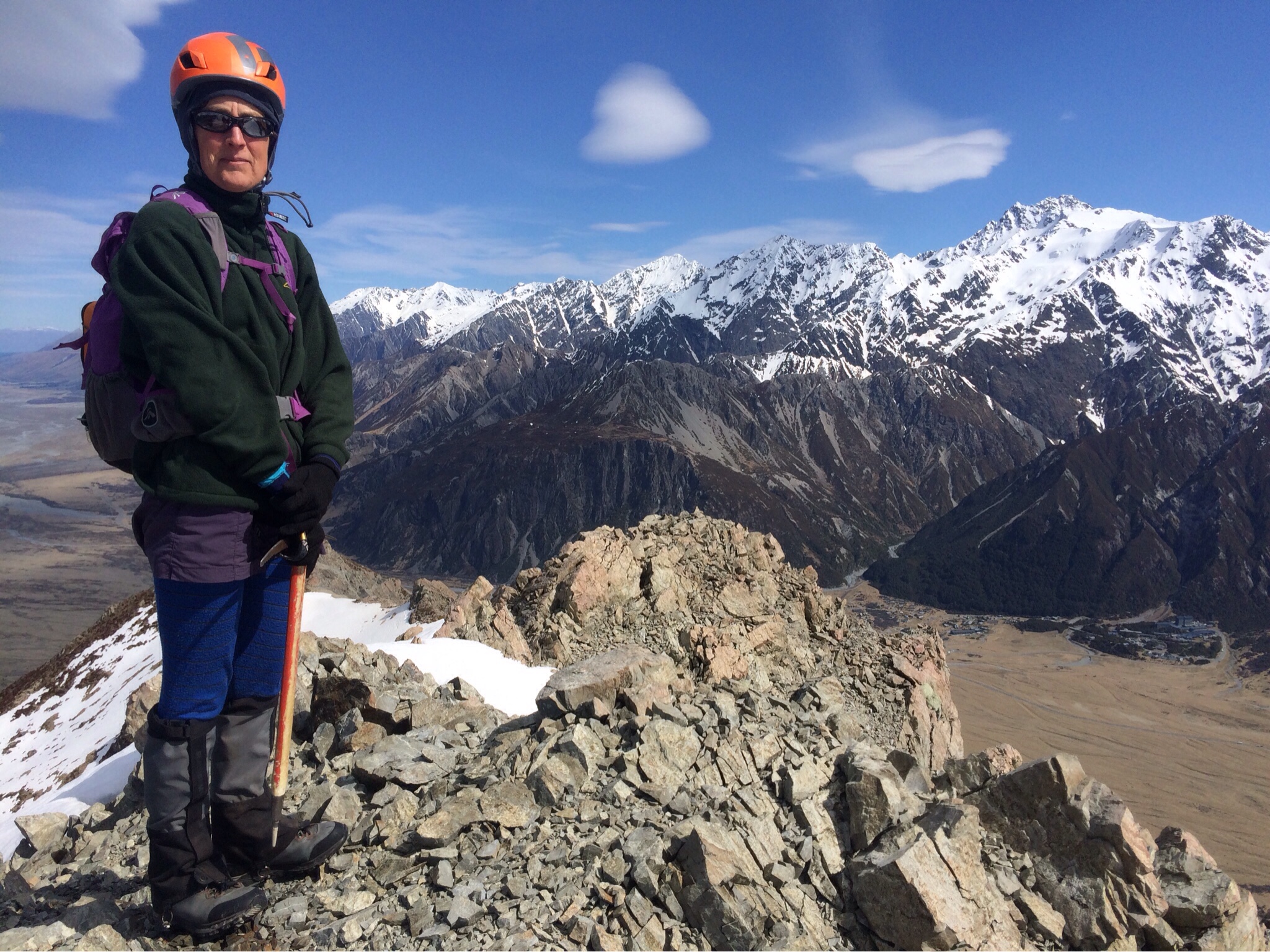 Then it was back down for beer and chips – appropriately at The Old Mountaineers Cafe and Bar.

Postscript: Our good friend Rob reckons he and his mountaineer friend Jane climbed Mt Wakefield in 3 hours return – half the time we spent not getting there!