Not many places have – or deserve – a single letter name. But it’s hard to argue with this one! U pass joins the Mistake Creek and Hut Creek valleys in the Earl Mountains. The valleys join near the Eglinton River, and are easily accessed from the Milford Road via a bridge. U Pass is normally done as an overnight tramp. But it makes a great day trip day traveling fast and light.

We headed up Mistake Creek on a well-marked track. A gap in the forest offered views up the valley.

Further up the forest was broken by small clearings. The track was no longer easy to follow. 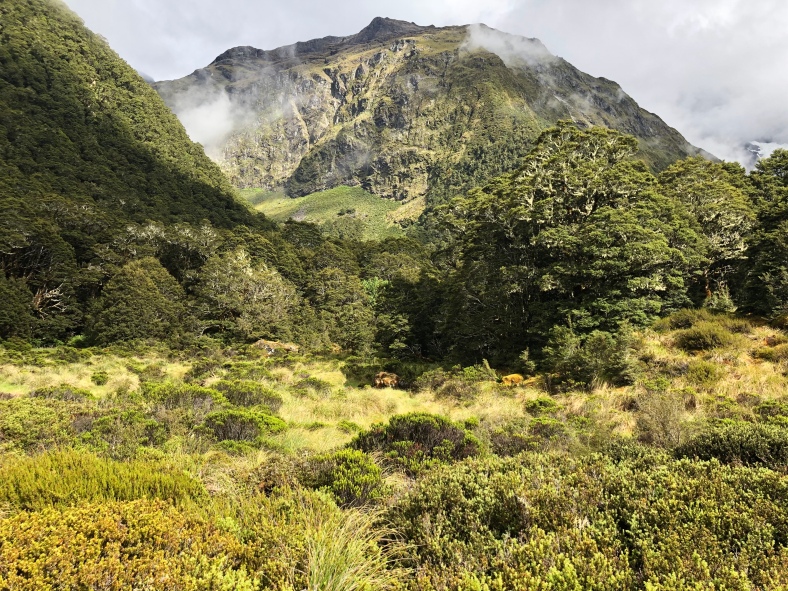 The valley draining U pass enters from the true left (on the right of this photo).

We had two route descriptions, and this waterfall featured in both of them. Advice varied about which side of the waterfall we needed to go, and how far away from it.

When in doubt, sometimes it’s easier to choose your own route. We headed straight up the waterfall.

Looking back down to the main valley of Mistake Creek.

Some rock wrens came close and checked us out. 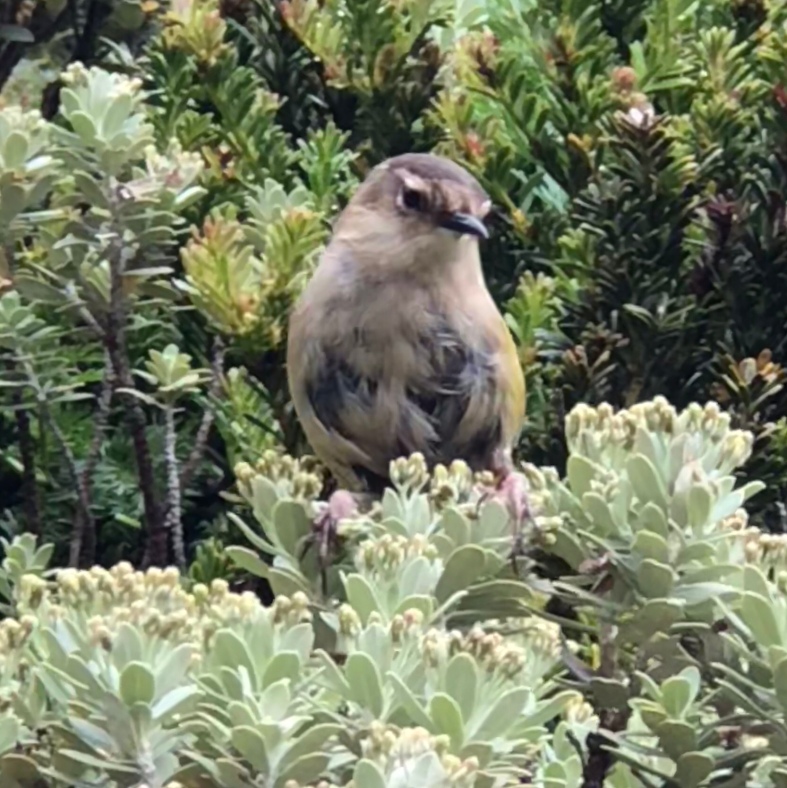 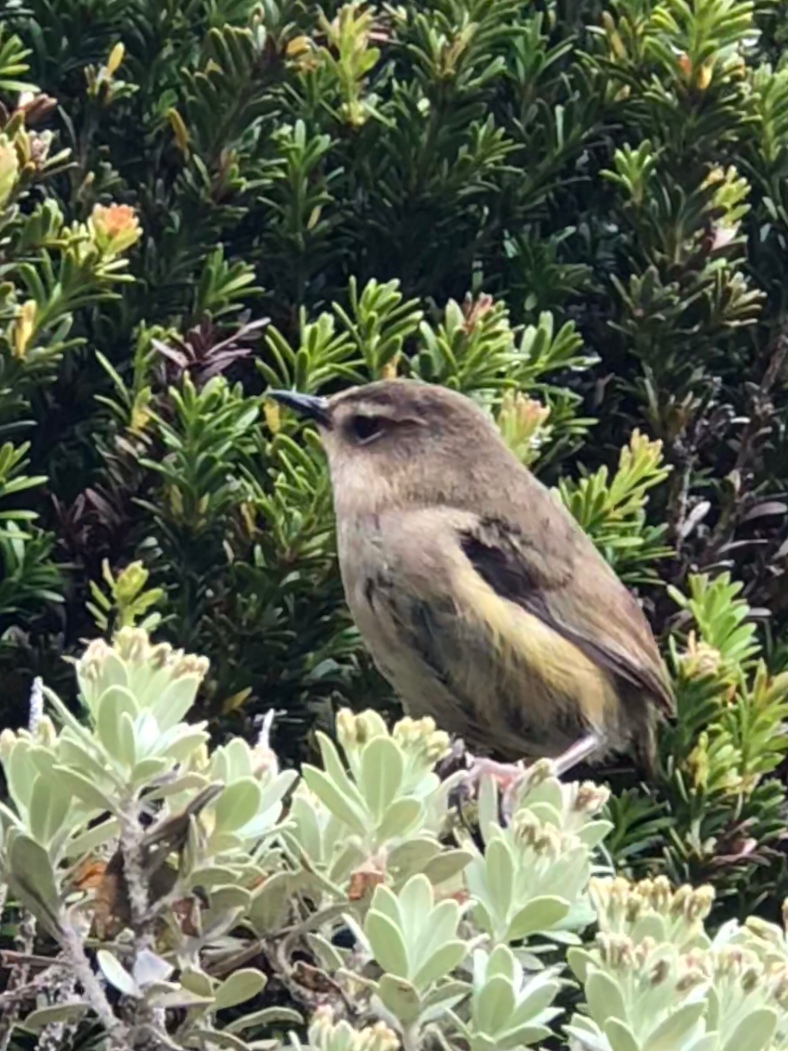 The valley above the waterfall is very spectacular. 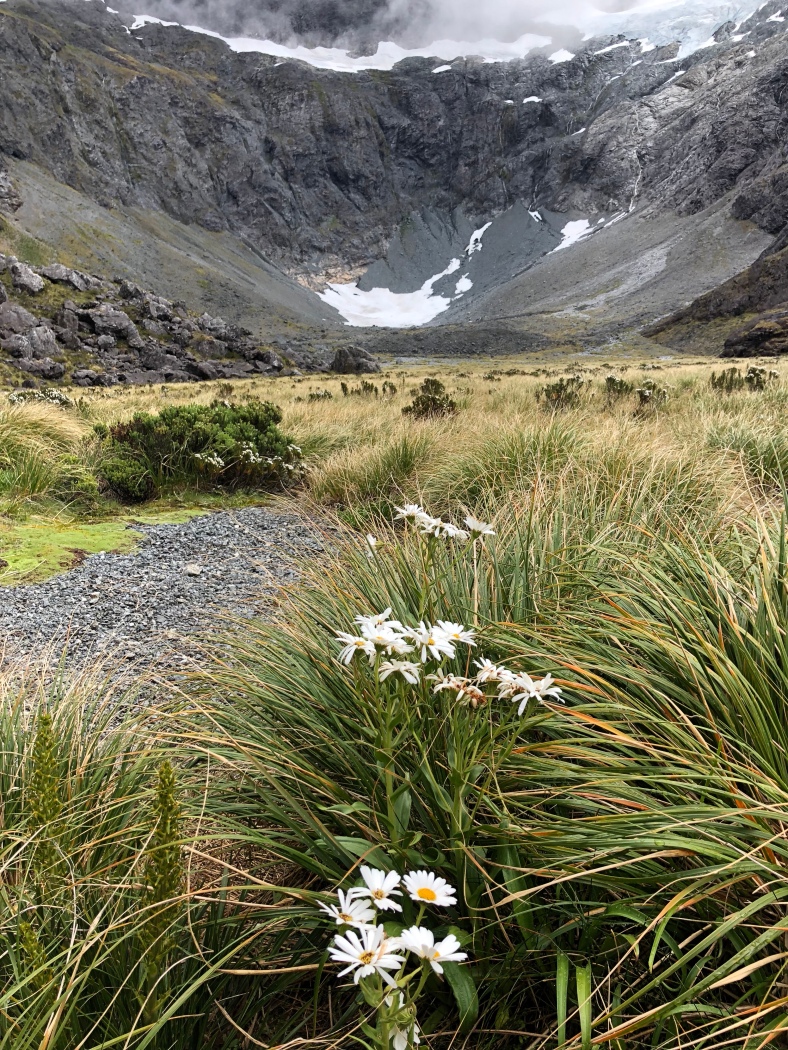 According to our map, this basin should be filled with permanent snow. So either the map is incorrect or – more likely – glacial recession is taking its toll.

From here the route to U Pass is straightforward.

And the pass itself is a great spot to stop.

Wildflowers abound amongst the rocks. 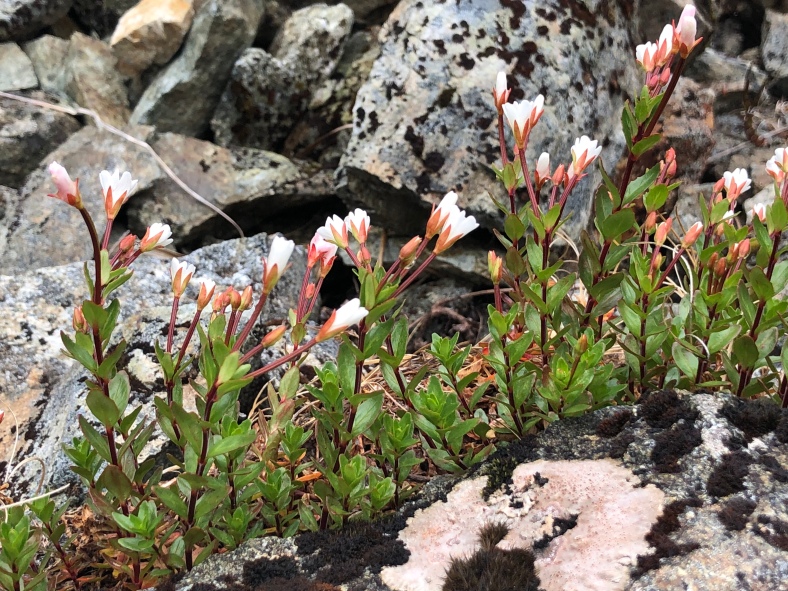 Classic view of the pass from the south.

U pass is part of a fault line running along the east side of the Earl Mountains. Our route follows the fault down to flats of Hut Creek. Across the valley, the fault line continues up to form Glade Pass. If we continued over that we would end up at the northern end of Lake Te Anau, at the start of the Milford Track. 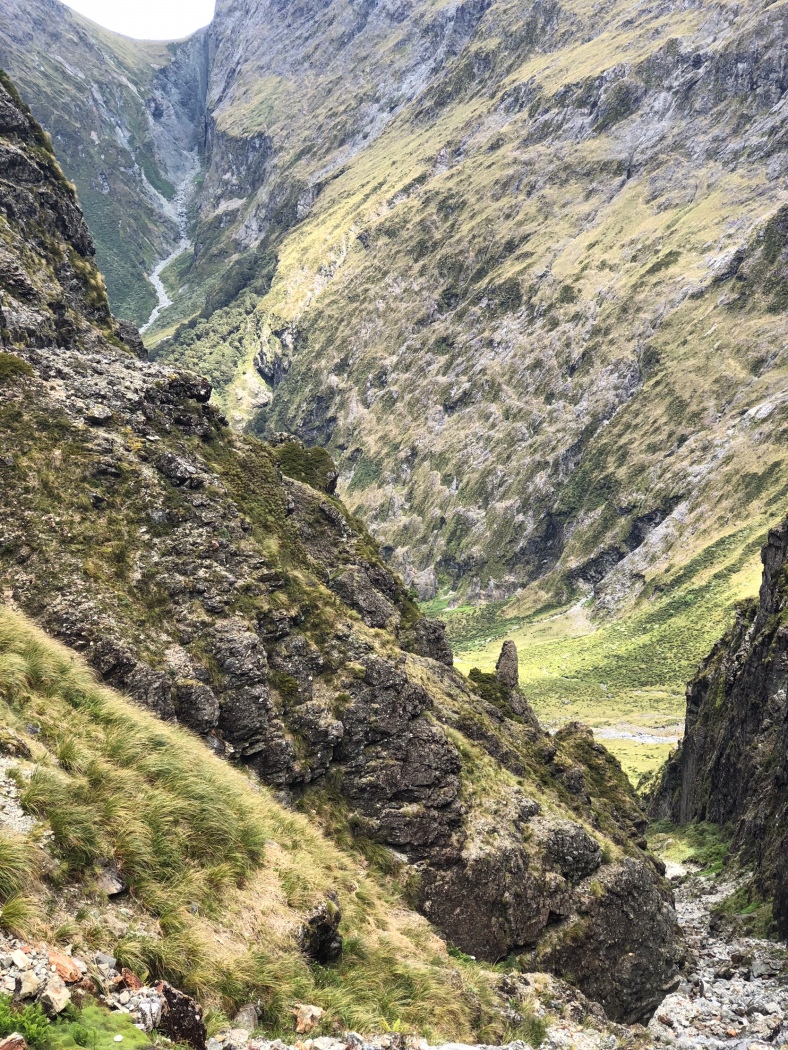 A closer view of Glade Pass, from Hut Creek. 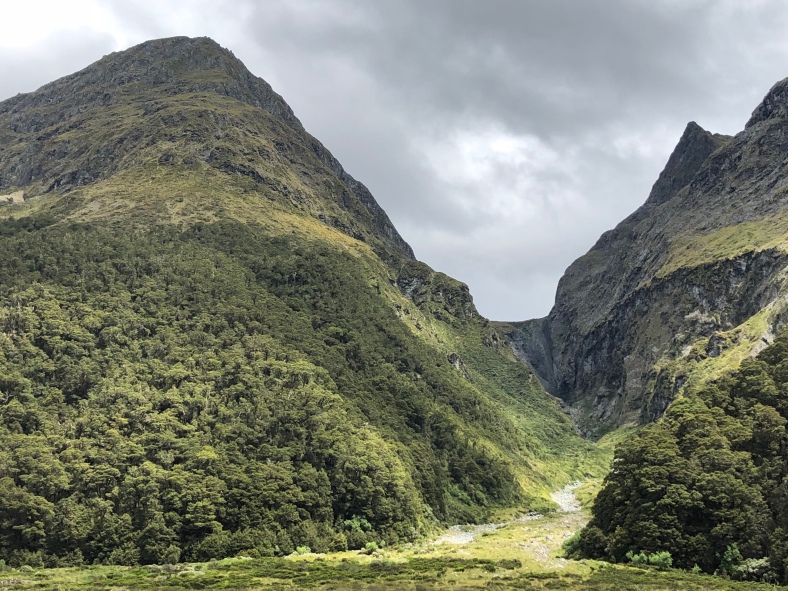 Back down in the Eglinton valley.

The ribbonwood flowers are lovely this summer. In places, they carpet the ground and fill eddies in streams.

Another great day out and about in Fiordland!